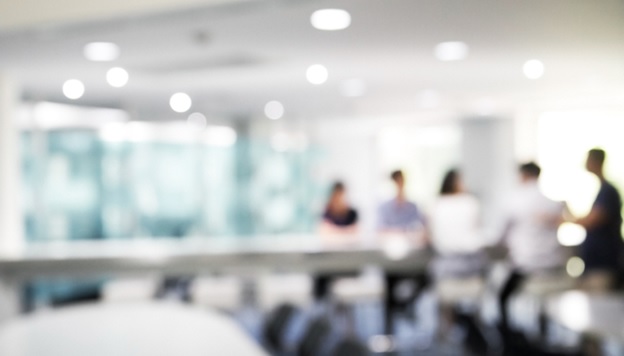 The concept of self-directed work teams involves a shift away from a traditional organizational structure (top-down) where an expert leader (or a group of leaders) comes up with solutions, sets the strategic direction of the organization, and delegates tasks. Today, we can see that many enterprises are decentralizing power and flattening their hierarchies. Employees are made stakeholders with ownership in the company. They are given the ability to work however or whenever they see fit to complete their tasks and achieve goals successfully.

Success and Failure of Self-Directed Teams
Thanks to extensive research of companies who tried to adopt the concept of self-directed teams, we can see where they succeed or fail. Possibly the most important thing to understand is that self-managed teams cannot succeed without self-managed employees. Organizations train their staff in order to set them up with a new mindset.
According to research by Interaction Associates, the 2 most common obstacles to the success of self-directed teams are:

Role confusion
Role confusion is dangerous because you cannot know when it can pop up and mess things up. It can occur early in your team’s cycle or later as new faces are added to a mature team. When people just assume their roles (based on their positions and functions), they will begin to notice duplication of efforts, misunderstandings, missed deadlines and overlooked tasks. The added “costs” of role confusion are a decrease in trust among team members, frustration, and stress.

Conflict resolution
If there are insurmountable differences among team members, the team cannot take the disagreement to the manager or leader for a judgment – they must resolve it on their own. According to the Thomas-Kilmann Conflict Mode Instrument, there are 5 typical conflict response modes:

All these modes can be beneficial, depending on the context. But the point is not to give up your default mode but become aware of it. That way, team members can become flexible enough to turn their self-managed team into success.
Successful self-directed teams that operate at peak form get support from their organizations from the very beginning.

Holacracy – The Hardcore Example of Self-Directing Teams
The term Holacracy was first coined in 1967 and is a combination of words holistic and democracy. In 2001, the concept was fleshed out, reinvigorated, and popularized by Brian Robertson – founder of Ternary Software.
Key Features of Holacracy

Holacracy – a system of organizational governance (based on an open-feedback culture) in which members of a business or team operate in autonomous and distinct yet symbiotic teams to accomplish company goals. It brings a flat organizational structure forth, disregarding corporate hierarchy, where all members have an equal voice. Instead of hiring an employee to fill a pre-defined role, people can choose to take on one or several functions at any given time. Also, they have the flexibility to move between roles and teams if they have the skills that would prove beneficial to the company.
Many experts have agreed that Holacracy cannot work for every type of organization.

How Holacracy is Expected to Work
The Holacratic approach sees job roles as a complexity. It brings a set of rules that enable employees to sidestep it. They have the freedom and power to make independent decisions (without consultation). Employees form self-directing and separate units known as circles. These circles have clear responsibilities and a Lead Link whose role is to deal with resource allocation and assure a common alignment of purpose within a circle.
In a Holacratic organization, there’s no rigid structure or timetable for communication. Circles do need to have regular tactical meetings to discuss operational issues and any problems that need to be tackled. Also, they need to have governance meetings whenever there are organizational structure problems that should be dealt with.
Holacracy approach is there to encourage:

Does Holacracy Surely Work?
Holacratic approach to the organization was tried and tested by many big companies, such as Google and Zappos. Let’s take a look at how they tried to implement the system, and how they succeeded or failed.

Zappos
Zappos has embraced Holacracy and remains focused on decentralizing their organization. However, they are distancing themselves from the theoretical aspects of the approach. They created a mix of a revival meeting, therapy session, and circus due to their obsessive focus on building an organizational culture that embraces each’s traits.
Over the past year or so, 29% of Zappos’ staff have turned over because the shift to Holacracy along with the constant pace of change has left employees demoralized, confused, and whipsawed. However, they believe that by moving to an organization comprised of circles with lead links, they will manage to avoid the fate of most large companies – death. The future is about self-management.

Google and Medium
In 2016, the Google Cloud team decided to adopt the Holacratic approach, but after a minor reorganization, they’ve eventually abandoned it after only three months. Why did it fail? It’s probably because Google is a highly functional organization with an active team culture. Holacracy, on the other hand, is designed to work in a dysfunctional organization. Google Cloud’s teams reported that they felt awkward and the new imposed structure was messing with their habit of open discussion.
Medium, a publishing platform, have also tried to adopt the structure but stepped away in spring 2016. The former head of operations for Medium, Andy Doyle, wrote in a blog post that there’s much they admire about the philosophy. However, at one point, the Holacratic system has begun to impair their sense of connection with each other and their effectiveness.
Does the self-directing team model work? Are we going to see its expansion in the future? We are still between the hype and hope.

Feedback – Consequences of a Misinterpreted Concept

360° Feedback in a Digital Era

Dangers of Not Balancing Team Roles