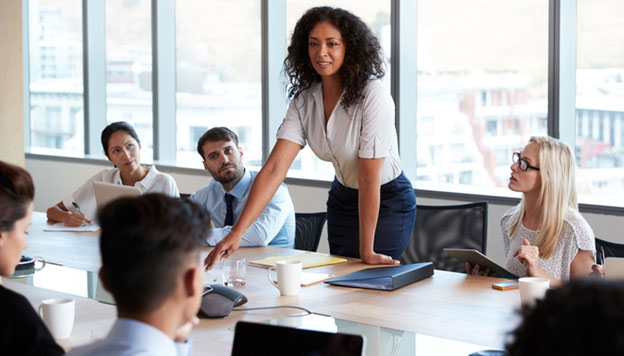 Team fit is often overlooked as a factor that greatly affects every company’s success. Everyone is skilled to do their part of the job, but the team still doesn’t make progress. It may very well mean that the team lacks balance – their functional team roles are not defined. If there are too many team members with the same role (profile) or if people differ too much, these dynamics can lead to misunderstanding among team members.

What are the Causes of Team Role Imbalance?
Unhealthy competition (roles are too similar)
When too many team members share the same roles, it could lead to unhealthy competition. The “we are the same, but I am better than you” attitude is something that will negatively affect the entire team’s performance. Employees start competing to outsmart one another, not to improve the team’s outcome. The focus should be on the entire team to improve and win in the market. That shift in focus can cause team members to make sure they win but also lose sight of the larger picture. That kind of imbalance can be detrimental to any company in the long run.

Unhealthy competition is the most common cause of team imbalance. Lack of diversity is dangerous because it can be disguised as high performance. There’s a high level of cohesion and agreement within a team because everyone thinks and acts the same. But the lack of different perspectives means missed opportunities. Leaders often mistake this cohesion for high performance. In reality, the outside perspective is a lot different.

Too much diversity within a team
On the other side of the spectrum, some teams are too diverse that there are clear gaps in their performance. Team members don’t know what others are doing, or they are convinced that what others do is never enough. In this situation, it is essential to recognize where communication fails and identify ways to improve it.

Poor coordination
The lifeblood of effective teams is coordination. It is the compilation of cognitive and behavioral mechanisms required to perform a task. The difference between teams that fail and teams that succeed is in the ability to minimize the tiny, preventable, and unnoticeable errors that often grow bigger and disrupt the functioning of a team.

Shared understandings are also necessary for balance within a team. When a team of employees interdependently engages in complex tasks, things can become quite chaotic. Team members need to understand each other role as well as have a similar understanding of their individual tasks, team goals, and environment. That will enable them to stay on the same page. Lacking the understanding of what team effectiveness is like, team members cannot identify when their current strategies need to be changed with new ones. They also may not be able to determine the assistance they might need or how their teammates might need to adjust so the team can perform better.
Not understanding group norms

Group norms is a term used by sociologists and psychologists, and it refers to behavioral standards, traditions, and unwritten rules that guide us in how we function when we gather. All good teams generally share two types of behaviors. First, there was equality in conversation in terms of proportion. In other words, all team members have equal time to share their thoughts and let others speak. The other behavior includes intuition – team members intuitively recognized how others felt through their nonverbal cues, tone of voice, and facial expression.
Lack of trust

In a diverse team where team members lack understanding, there often comes to distrust within a team. All team members work interdependently, so everyone needs to be able to rely on each other. That means they also need to accept the amount of risk that comes with it. Trust and teamwork are necessary for the team to cooperate within subversive intentions, contribute to the team task, and meet deadlines. Through the fostering of trust, team members will understand that all the members are looking out for each other.

As a more effective way of allowing a more constant flow of information and making sure that everything is heard and understood, companies need to introduce closed-loop communication. That system of communication involves three levels:

Teamwork and Mutual Understanding
Team members are unique people who were brought together to accomplish a shared purpose. What brought them there are their diverse strengths, capabilities, and skills, which they need to harness for the success of their project. Lack of understanding brings division within the team, where all team members begin pulling in opposite directions. It is a disbalance that can create tension and frustrations within the team.

For fostering a culture of understanding, leaders should first focus on building an open feedback culture as the foundation. People work collaboratively in a good working environment when they are aiming to solve a common problem. Only through collaboration can a balance within the team be established. Persona.fit is an app built by a team of psychologists, business experts, economists, and HR professionals. It is a performance appraisal app based on 360° Feedback. The process of utilization of this feedback model is mobile-based and supported by data analytics on all organizational levels.

Persona.fit is an app that allows a more free and accurate flow of information because it eliminates the possibility of taking feedback personally. The app can help in building an open feedback culture and better understanding among team members and their roles.

Leadership: Out with the Old, In with the New

Why Asking Feedback is Much Better

How to Become Your Own Boss as an Employee?